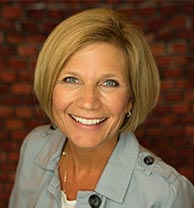 Jennifer McGrail has served as the Executive Director of Leadership Pinellas since 2014 and is a graduate of the program with the class of 1999.  Jennifer has worked or volunteered in non-profit for the past 20 years.  She worked at the Clearwater Regional Chamber of Commerce in the role of Membership VP before staying home to raiser her children. While a stay at home mom, volunteering became a passion. She served in many leadership and board roles with the Junior League of Clearwater-Dunedin, Inc. including President of the organization in 2004-2005. Jennifer also served as PTA President at Curlew Creek Elementary from 2011-2014. She continues to volunteer and currently serves on two community boards. Jennifer is married to Eric McGrail and they have three children.