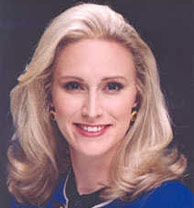 Immediate Past President, Class of '97

Berfield currently serves as Vice President of Government & Community Affairs for Johns Hopkins All Children’s Hospital. Prior she served as a key member of the senior management team for a regional insurance and securities business. She has secured her professional license to better comprehend the industry as she exercises personal diverse business expertise to strategically shape a sustainable business plan. By applying new eyes, fresh experience and an open mind to the business enterprise being analyzed, she managed to align business human and financial resources in pursuit of the company’s mission statement.

Kimberly Berfield served as the Director, Government Affairs for WellCare Health Plans, Inc. where she coordinated & collaborated on legislative, political, advocacy, and business development activities in WellCare’s 19 states and supervises a team of five.  Kimberly Berfield also was responsible for managing the department budget as well as evaluated and strategically planned for related risk management issues while executing business development opportunities introduced by state government or initiating new concepts provided to the state government.

Kimberly Berfield served as Deputy Secretary of the Florida Department of Health.  Appointed by the Governor in 2007, Deputy Secretary Berfield began her service under Florida’s first-ever State Surgeon General, Dr. Ana Viamonte-Ros. She was reappointed in 2010 and oversaw multiple divisions within the Department, including Administration, Communications, Health Access and Tobacco, Legislative Planning, Community Health Promotion, Disease Control and Health Protection, Marketing, Medical Quality Assurance, and Public Health Research. Additionally, she was Florida’s Officer of Women’s Health Strategy and the spokesperson for the Tobacco Free Florida Campaign.

Prior to her appointment, Kimberly Berfield served as State Representative to District 50 of the Florida House, which included sections of Clearwater, Safety Harbor, and Feather Sound.  She was first elected in November 2000, and subsequently re-elected for two terms.  Committed to her community, Kimberly Berfield has made giving back a priority. She has served locally on the Citizen’s Advisory Council, the Metropolitan Planning Council, as an Advisory Council Representative on the U. S. 19 Task Force, the Commissioner Sallie Parks Intersection Task Force, Leadership Pinellas, Clearwater East Rotary Club, Friends of the Library, the Clearwater Homeless Intervention Program, the Girl Scouts of West Central Florida, and the Gulf Coast Museum of Art. She is also a Sustainer of the Junior League of Clearwater-Dunedin.

Kimberly Berfield earned a Master’s in Business Administration from Northeastern University and a Bachelors in Communication from the University of Central Florida.  She also holds the “Accomplished Alumnae Members” designation in the Business and Government arena from Alpha Delta Pi.