YLP began the Business and Technology program day at United Sign Systems where the students learned about the business of manufacturing jobs. They asked questions and saw the process of signs being developed. They were amazed by the price tag including one sign which was sold for over $200,000.

We then took a quick ride to Nielsen Media Group for a fun and engaging tour with current LP participant William Miller. He wowed them with information about all things related to media. They enjoyed learning how they are being tracked on the internet. William reinforced the kids with mini footballs and was a hit with the kids. His biggest cheer came when he announced Nielsen was the lunch sponsor for the day!

Our next stop was at the weather center better known as Bay News 9. The kids got to meet long-time anchor Al Ruechel. He spoke to the kids about how the media works and how it has evolved with the rise of social media. The kids asked questions and learned about the studio equipment. 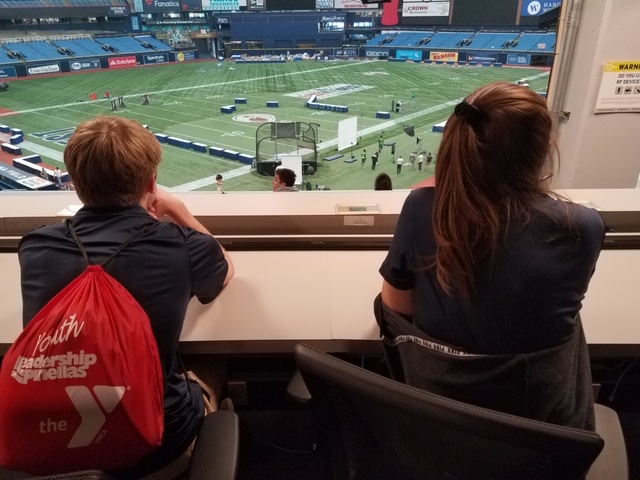 Next the Tampa Bay Rays welcomed us into a construction zone. They were working hard getting the stadium together for their fan fest which was occurring a few days after our visit. It didn’t stop us from getting in the dugout and scoping out the press box. The highlight was seeing the Rays newest addition at the stadium. The Tampa Bay Rowdies had come by for a photo shoot to promote their upcoming season.

We ended at St. Petersburg College. Andrea Henning, Class of 2015, led the kids in a leadership exercise. She utilized technology and engaged the students. After learning about their leadership styles, she put them to the test with mini-robots. The kids did great and had fun learning to program. They got creative and the winning team used a technique new to the instructor. These kids have a bright future! 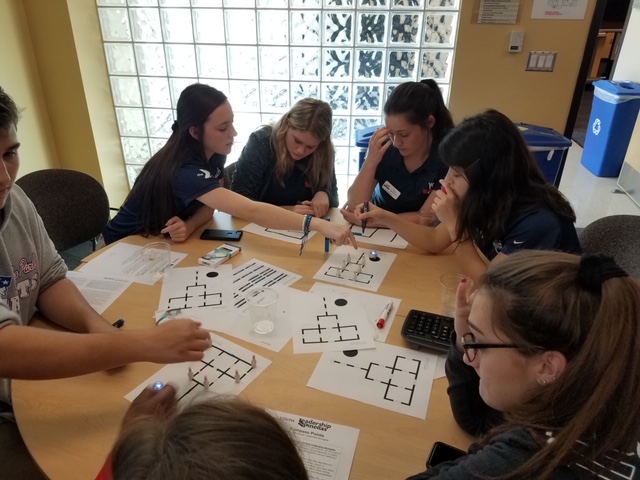