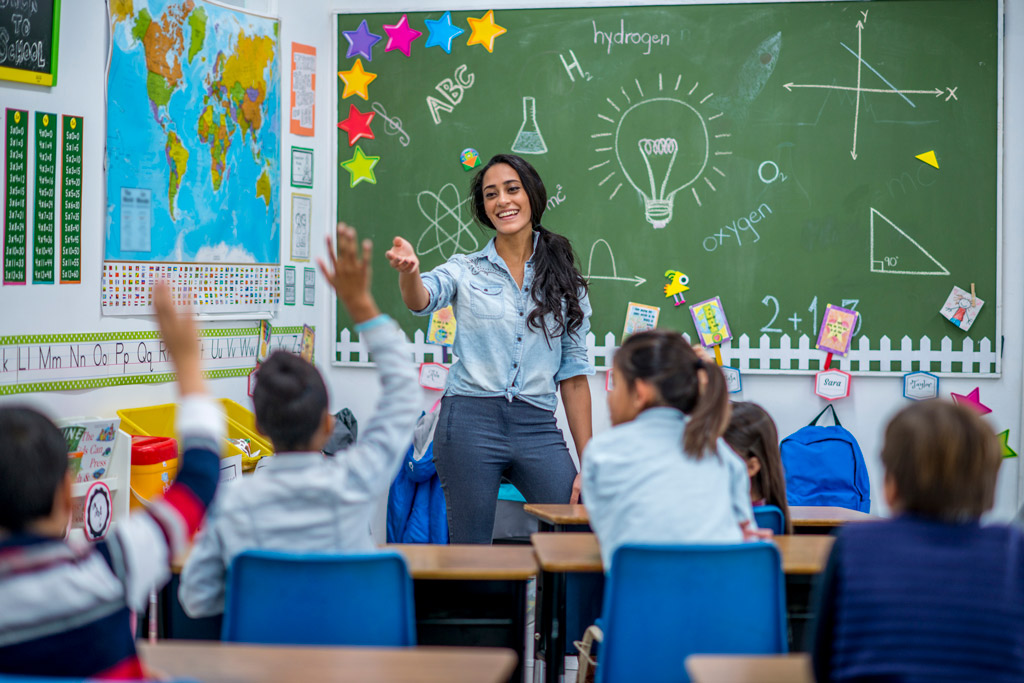 As the Upper School social studies teacher at Academy Prep in St. Petersburg, his command of the classroom is obvious. So too is his love for what he’s teaching.

Filing into Mr. Culbreath’s class to watch him in action was an honor for all of Leadership Pinellas’ class of ’18. It was the crown jewel, in my opinion, of the whole Education Day.

The class of ’18 started the day at Pinellas Technical College where we learned that roughly 40% of high school students have no destination after graduation. Not just Pinellas, but nationwide.

Jakub Prokop, PTC director, explained that was part of the reason his school focuses on teaching skills with programs available ranging from culinary arts to composites manufacturing for aerospace. As a Master Automotive Technician who is now sitting for his PHD, Mr. Prokop represents the opportunities available to young kids leaving school and going into a trade.

Carl Lavender, managing officer at PTC, spoke about reaching out to the community and building an understanding that it isn’t just a college-or-nothing world. He said a lot of his message to parents or guardians that have children getting ready to graduate is to consider that our community, just like many across the country, is lacking a qualified workforce. Apprenticeships in trades can be just as meaningful and potentially more productive than college for many students, he said.

At Academy Prep, prior to getting to experience Mr. Culbreath’s social studies class, we were greeted like dignitaries by the 5th-8th graders as they lined the walkway to shake our hands. And these weren’t weak handshakes you might get from the guy at a retail store or from your great aunt. One young lady wowed this reporter with her level of respect and professionalism as she gripped my hand firmly and shook it exactly three times. I was taken aback having children of my own with whom I’ve tried to impart the handshake wisdom; if only they could have seen the impact it made.

Lacy Nash Miller, director of development for Academy Prep, led a panel of eight students, two from each grade, who told us how they really felt about 11-hour school days six days a week. You read that right. Six. Days. A. Week. It’s no wonder these kids are getting offered scholarships to go to some of the best private high schools in the country. These kids aren’t students in a classroom. They are assets to it.

The school’s motto says it all: “To inspire and empower students qualifying for need-based scholarships to become future community leaders through a rigorous middle school program coupled with ongoing graduate support.”

These kids are plucked from the community directly centered around its 2301 22nd St. S., St. Petersburg address and given a world-class education for free. The founders of this amazing facility’s surname is Fortune. How fitting considering it’s exactly what each graduate of Academy Prep has to look forward to in their future. Plenty of it, too.

At the Lew Williams Center for Early Learning, we got to see what many consider the most important part of child development, the early stages. As she led us into the building, Early Learning Coalition of Pinellas County CEO and Class of ’16 alum Lindsay Carson explained that children form the majority of synapses and connections in their brains well before they turn five. So, kindergarten, while very important, is potentially too late to really affect these most important stages. That’s where early learning comes in to play.

The best part of touring Lew Williams was the plentiful high-fives and hugs given to us by some of the cutest, and smallest, people we’ve encountered so far on this journey.

Many of us with children of our own were familiar with the next stop, the Stavros Institute. That’s because inside this giant space rests the coolest little town in the county: Enterprise Village. For those that had volunteered with fifth graders, the experience brought back flashbacks of high pitched screams and kids crying because their businesses flopped.

From there, Stavros Director Patricia Jeremiah-Pittman took us to the village’s sister town, Finance Park, meant for 8th graders in the county. Ms. Jeremiah-Pittman said that kids are assigned jobs and taught about paying the bills each month. This financial literacy program, she said, brings thousands of kids each year not just from Pinellas but from neighboring counties as well looking to educate their youth on the importance of personal finance.

Financing a college education can be expensive. Luckily, the Class of ’18 learned, there are schools like St. Petersburg College in our county.

Here, Stan Vitteote, Ph.D., the provost of the Clearwater campus, told us about the value in not just the initial two years of college SPC offers but also about their four-year programs. About 15% of students there, with the ability to grow to as much as 20%, are seeking four-year degrees. Mr. Vitteote told us that of his five children, two had graduated from SPC. Both went on to graduate school. Just listening to him talk about the value a college like SPC brings to the community was inspiring.

More inspiring was the beautiful new library we toured. Built to double as a public library for the surrounding community and a study space for students, it looked like a spaceship from inside with noise canceling pods filled with his students and their laptops.

One student was overheard asking another “What’s this group?” The student replied, “I don’t know, probably orientation.”

If only that were true. I think many of us could see ourselves spending afternoons learning about the world from this beautiful spot.