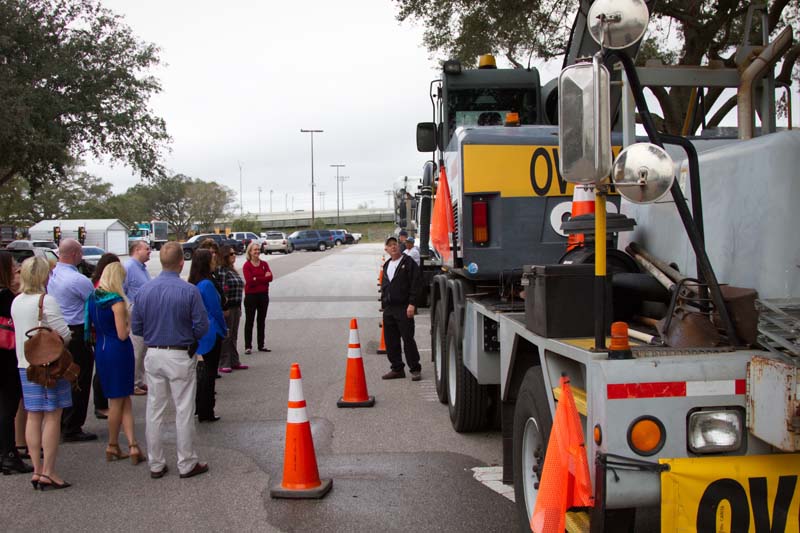 Like a bus full of tourists we circled the dump as Pinellas County’s Solid Waste Supervisor Deb Bush played tour guide, pointing out landmarks over her microphone. The smell permeated through the bus and stuck to our clothes, but it was easy to get used to after a while.

This place of refuse is a symbol to not only our wastefulness but our ingenuity. On one side, Ms. Bush pointed to where the dump began long ago. On the other, she pointed to a structure that was filled with garbage that would soon be converted to energy.

Government and Infrastructure Day was a chance for the Class of ’18 to get a look behind the curtain, to see the blood and guts of the daily, massive operation that is running Pinellas County. 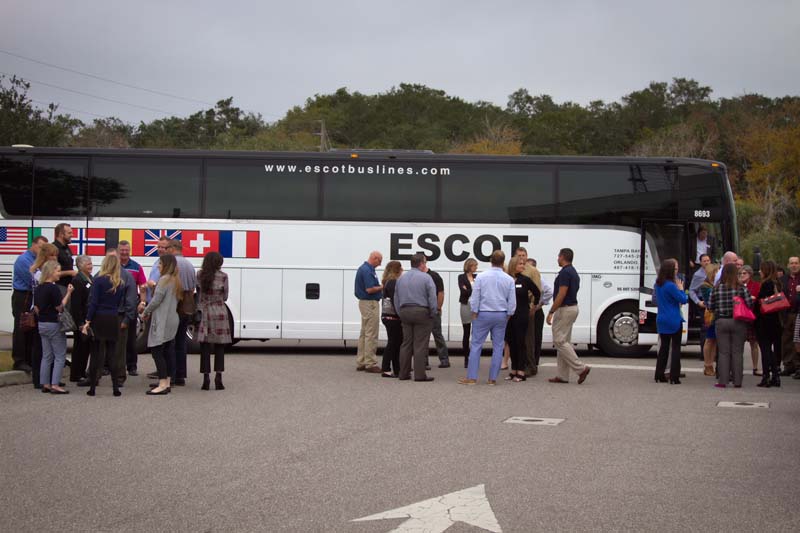 From the start, riding in a Pinellas Suncoast Transit Authority Bus, we relished in the opportunity to get to know our county better and each other more personally. This was helped by the fact that we were forced into each other’s personal space as we encountered this real-life experience commuters face every day as they depend on the bus to get to work or school.

After a short ride, the Class of ’18 pulled in to the Clearwater Main Library where we heard from Clearwater Mayor, George Cretekos and his team of city managers and development directors.

Mayor Cretekos, who was unbelievably energetic for such an early morning engagement, told the class about things to come in Clearwater, specifically changes to downtown and the city’s 10-year, $55 million overhaul of the waterfront and Coachman Park.

Moving on from the city bus to a PSTA charter bus, the Class of ’18 rolled away from the quiet library at the heart of the city and toward our next destination: Pinellas County Public Works.

If the Library is the heart of a community, the Traffic Control Center at Pinellas County Public Works would be the brain. Here the class of ’18 was given a behind the scenes look into how roadways, and inevitably traffic, work in our county. Traffic Engineering Specialist Deneta Jones told us about the Intelligent Transportation System (ITS), also known as Smart Tracs.

This high-tech system monitors traffic and optimizes the timing of traffic signals to maximize efficiency on the road.

With a full wall of monitors, the front of the giant control room looked more like mission control at Kennedy Space Center than a traffic hub looking over hundreds of cameras in our community. 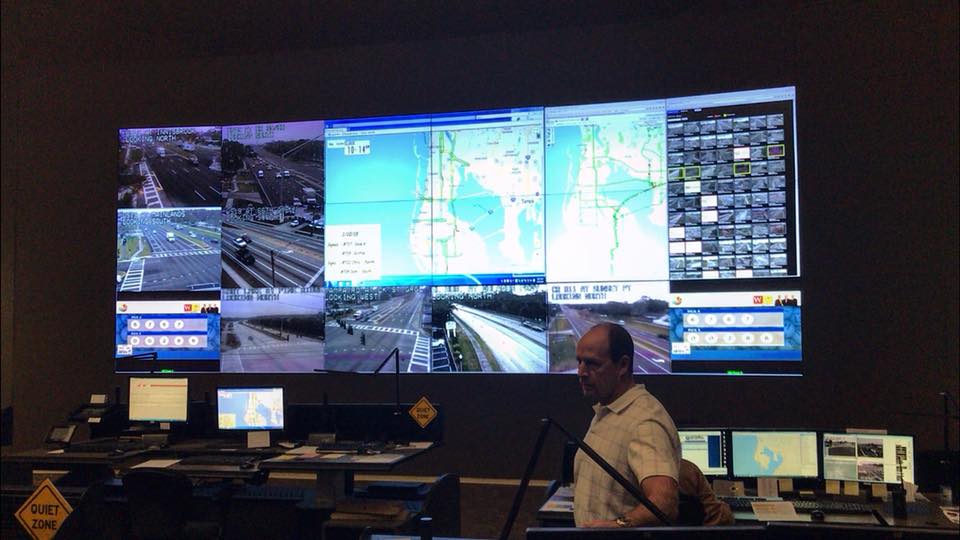 Unfortunately, having all these cameras at all of these intersections doesn’t translate into tapes being recorded and stored anywhere. Ms. Jones explained that filing all of these images would be too great of a demand for one agency to manage so everything is captured in real time and eventually dumped.

That seems like one of those things technology will fix soon enough. Usually when enough people want something to happen, it does.

Making stuff happen is how Oldsmar Vice-Mayor Dan Saracki got involved in local politics. Let’s just say, you don’t want to try to put a fence up in Mr. Saracki’s backyard. And while you’re at it, you may just want to stay off of his lawn, too.

Standing behind the podium at Oldsmar City Council Chambers, Mr. Saracki, who’s been a resident of Oldsmar since ’95, told us the story about how he first got involved in local government when in 2009 his homeowners association wanted to build a wall. Actually, it was a fence. And they were going to make the homeowners pay for it.

Since a fence would block the idyllic views of the sanctuary behind his house, Mr. Saracki got mad. And after he got mad, he got involved. Going door to door with his message of resisting the fence, not only did he eventually get the whole idea scrapped, he took over the homeowners association.

Saracki said he never wanted to get involved in politics until he saw how much of an impact he could have fighting for an issue and unifying his community. That was the message made most clear on Government and Infrastructure Day: If you care about something, get involved. You’ll be surprised how much just one person can accomplish, let alone a like-minded group.

During lunch in chambers, we got to hear from Mike Twitty, Pinellas County Property Appraiser. The topic may not catch the interest of many people, and that’s probably why most people don’t know much about their property appraised value versus actual value and how it impacts their taxes.

Oldsmar is really a pretty hip place positioning itself at the top of quite a few key categories in the county. Innovation seems to be on tap in this town and nowhere is it more evident than at the Oldsmar Water Reclamation Facility.

The tour was impressive enough, but getting a chance to hear about the science of special membranes and directional water flow that essentially “scrub” the water of salt and other contaminants was impressive. 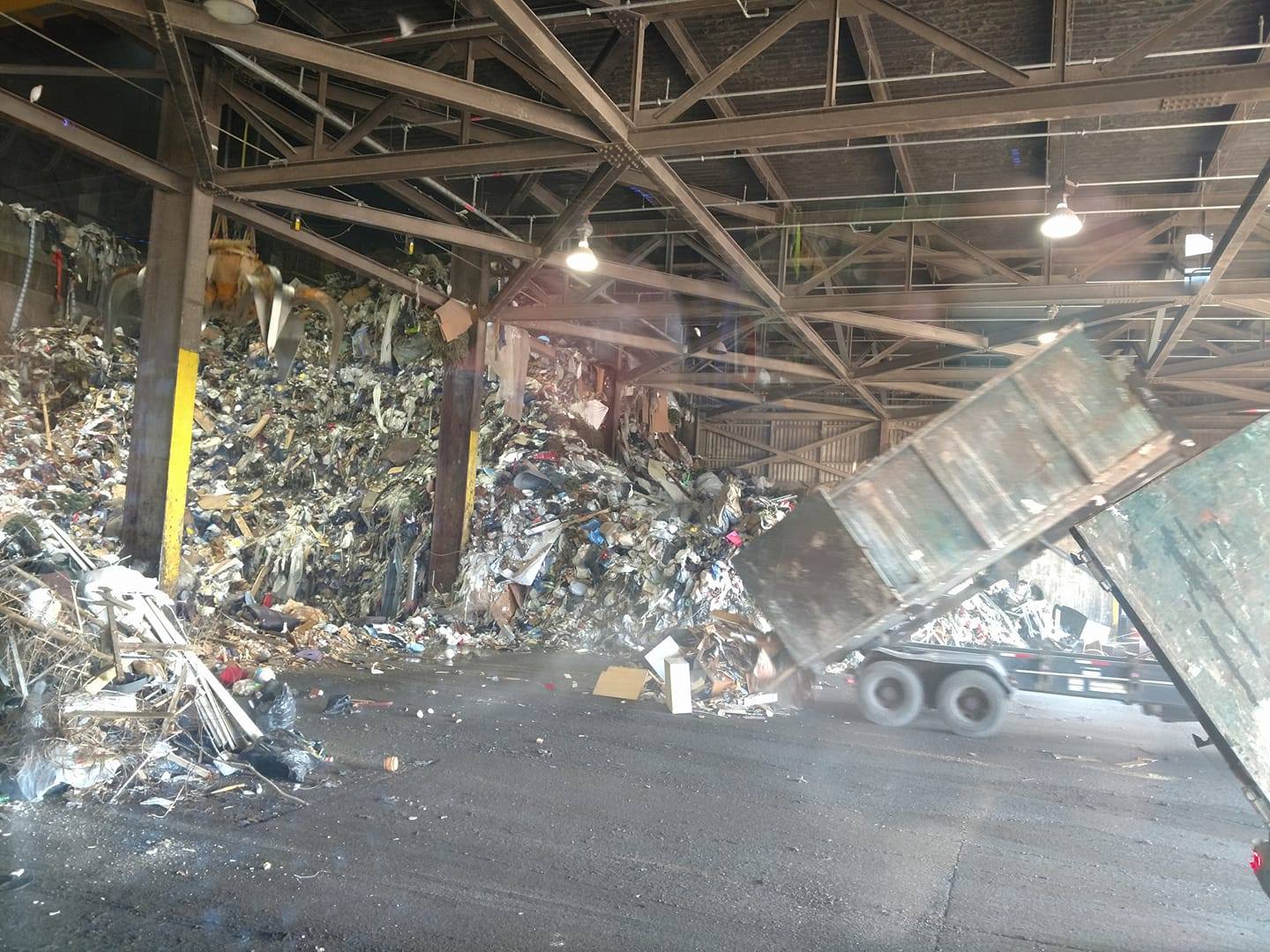 But for me, the most impressive spectacle of the day was the dump and the question and answer session with Jan Tracy, Solid Waste Program Coordinator with Pinellas County Solid Waste. Displaying the patience that must have been developed raising class of ’18 member Kat Tracy, Mrs. Tracy was thorough in her explanation of the process of what happens from when you throw something in the trash to when it gets to the dump.

For many of the class of ’18, seeing the landing spot for everything we put in the trash was pretty enlightening. Many of us fretted over the fact that we had been recycling things that we should not have been. Apparently this is a huge problem.

The system works better when you are more discriminating about what you put in the recycling. There’s an easy way to remember it, Mrs. Tracy said.

“When in doubt, throw it out!”